Diar, a 13 year old Syrian Kurd, stands in the ruins of the abandoned Lepida psychiatric hospital. 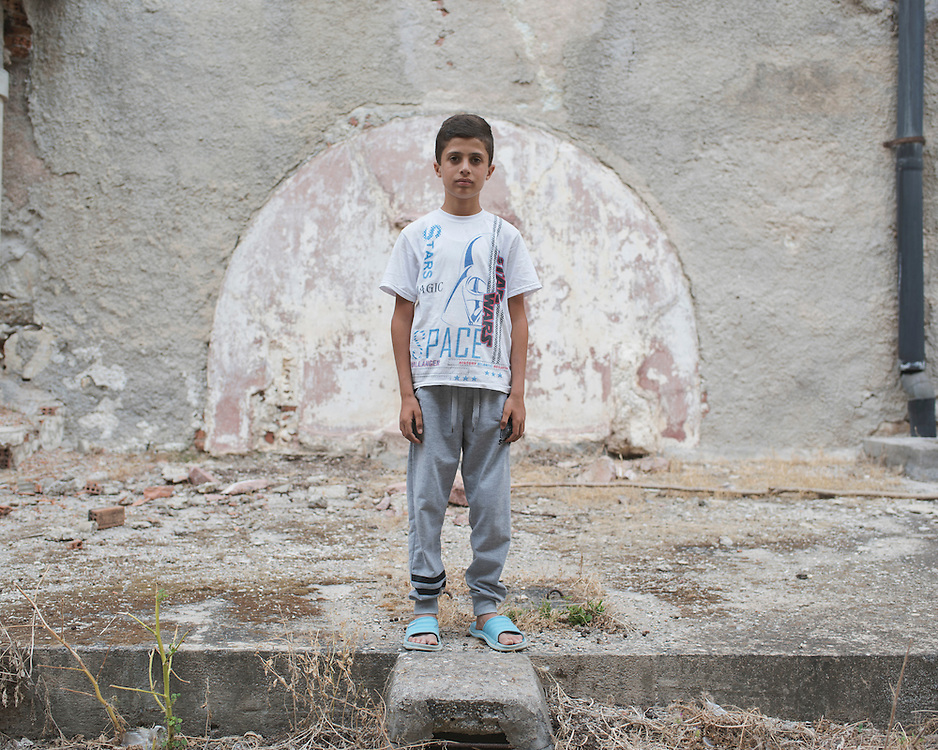