Youssef 14 (L) from Syria and Diar 13 from Iraq are standing on a window of the abandoned Psychiatric Hospital behind Leros Hot Spot.

Kurdish refugee children, Youssef, 14, and Diar, 13, standing in a window at the abandoned Lepida psychiatric hospital, in whose grounds the Leros ‘Hot spot’ (an EU-run migrant’s reception centre) has been built.

Originally constructed, in 1930 by fascist Italy, as barracks for Italian soldiers serving in the aeronautical base of Portolago, it was then, for a short period after WWII, a re-education camp for the children of Greek Communists. In 1958, it was converted into the biggest psychiatric hospital in the country. The conditions for the patients were horrific and it was shut down in the late 1980s and the patients moved into smaller buildings in the grounds and elsewhere on the island 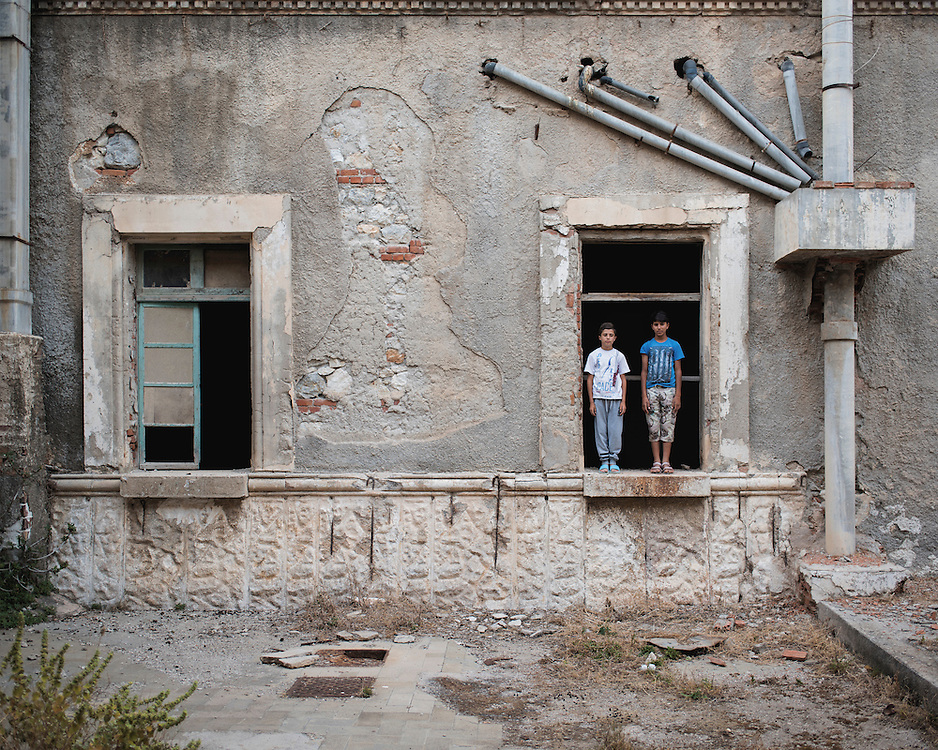