A farmer cycles by a field in Kampos, Chios.
Kampos of Chios is one of the most distinctive areas of the island. It is 6 Km south of Chios Town and is widely known for the impressive mansions with their citrus fruits gardens. The area is protected by the Greek Ministry for Culture, as a historic site and traditional settlement. The high walls made of the local reddish stone protect the gardens of citrus fruits from extreme weather conditions. The Genoese and local aristocracy of Chios started building their mansions in the area in the 14th century. The name “Kampos” (“Campus” in Latin) is found in travellers’ accounts since 1673. The Genoese created the extensive citrus gardens in Kampos in the 13th century. 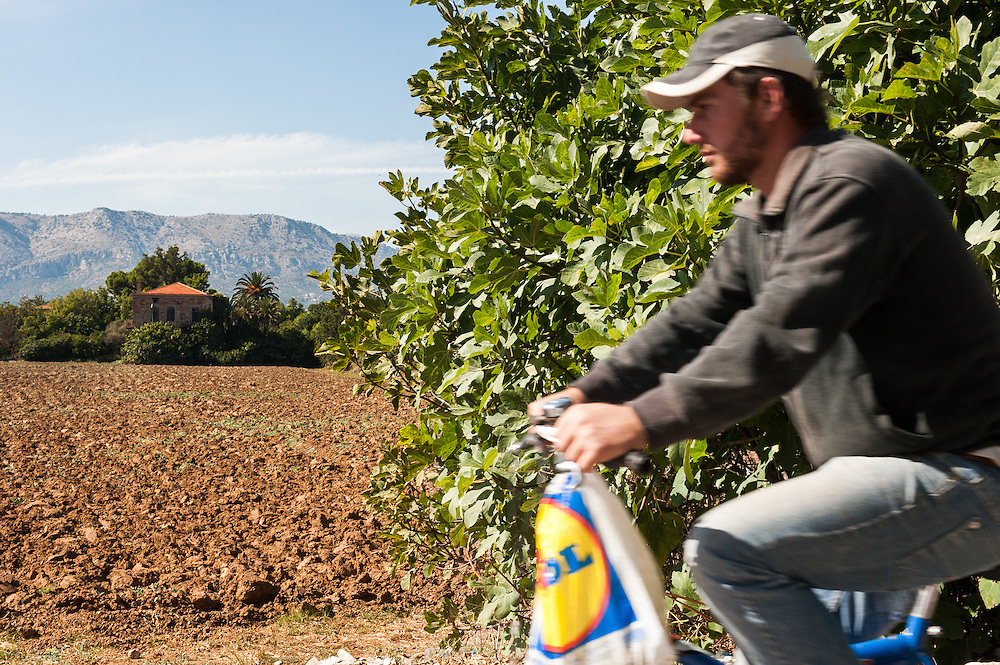