The Lochnagar Crater is the largest manmade crater created in WWI. The mine was laid by the 179th Tunneling Company Royal Engineers and it was exploded two minutes before 7:30 (the zero hour for the british offensive) on the morning of July 1st 1916. At the time this was the largest man made explosion ever made and there are reports that it was heard in London. In 1978 the area was purchased by Richard Dunning who decided to reserve the place and make a memorial. 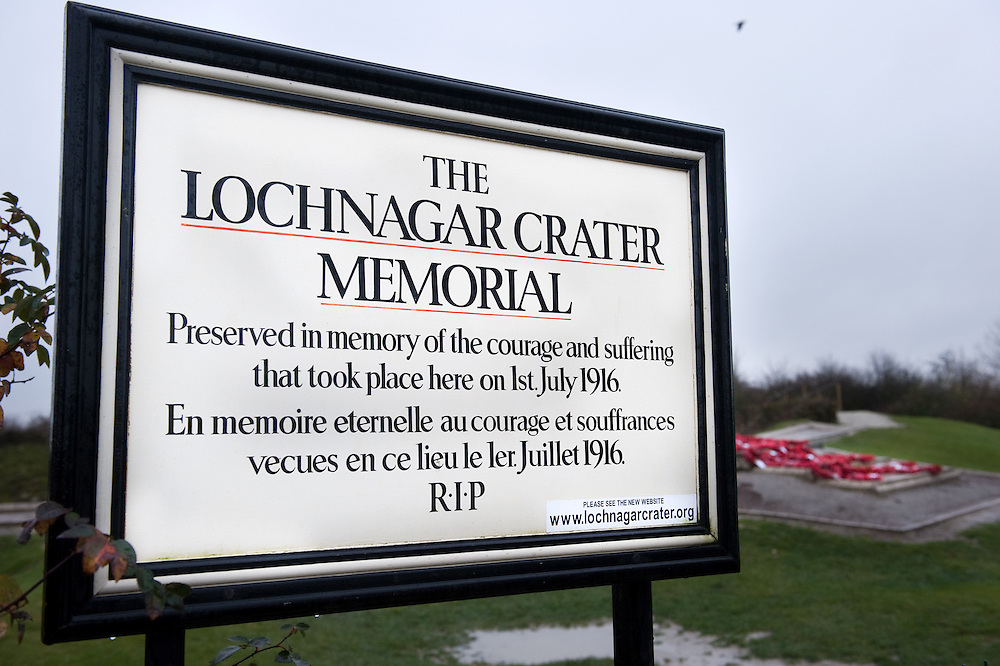