The reflection of Hotel Grande Bretagne on a broken window pane of a bank on Panapistimiou street. 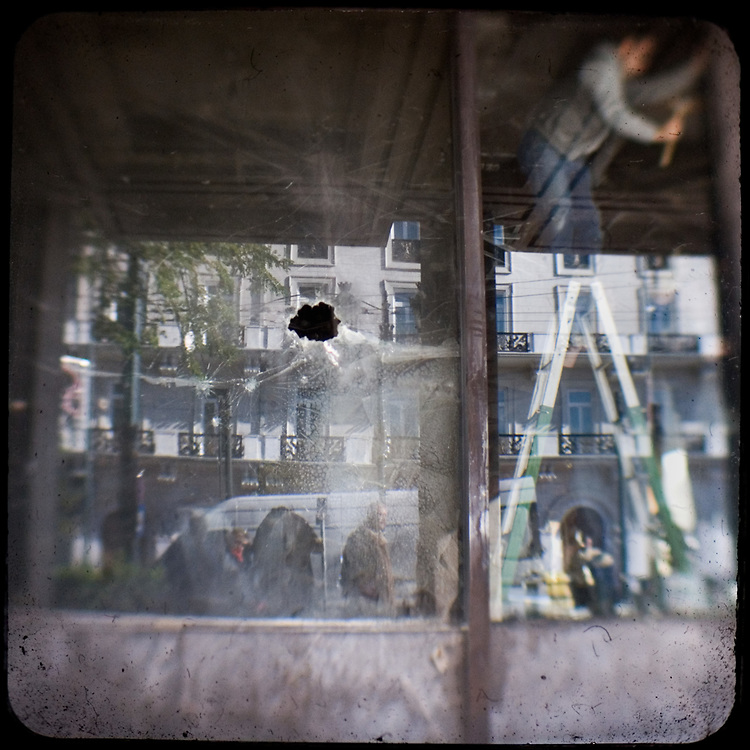