A teenager protesting in front of a riot policeman in Syntagma square. 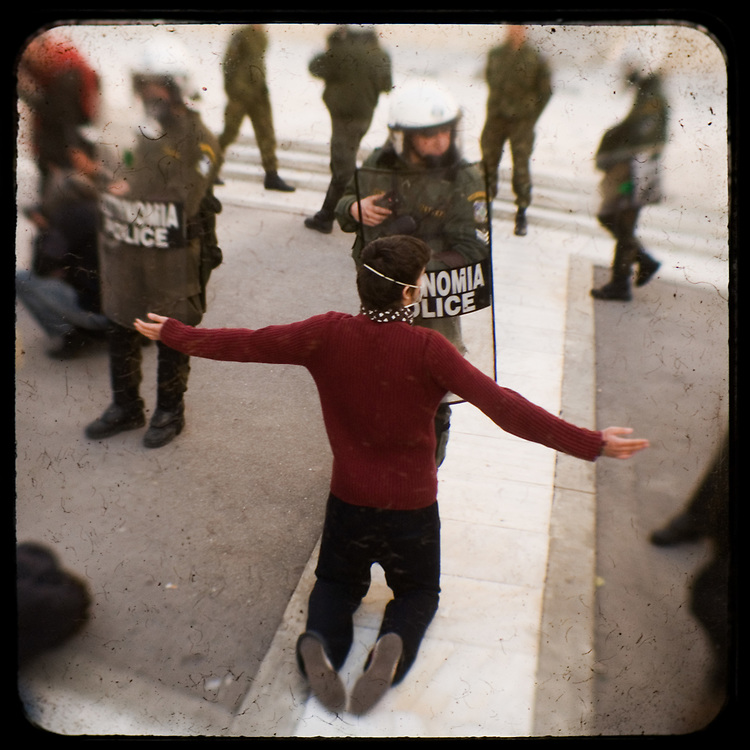