Bits of broken marble and bitter orange that have been previously thrown to the riot police lying in front of the presidetinal ceremonial guard in front of the Greek parliament. 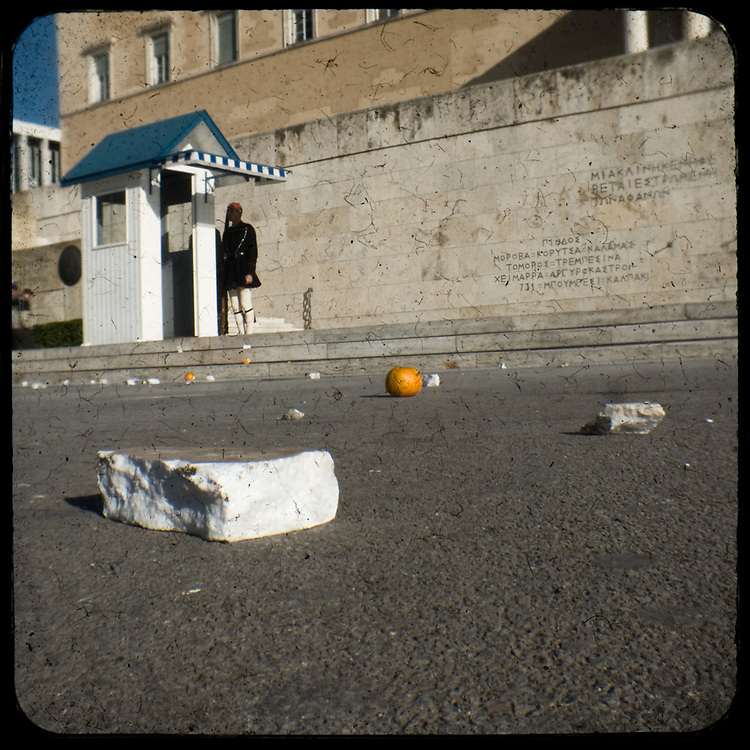