A man covering his nose and mouth walks on Ermou street while burned out shops still smoke. 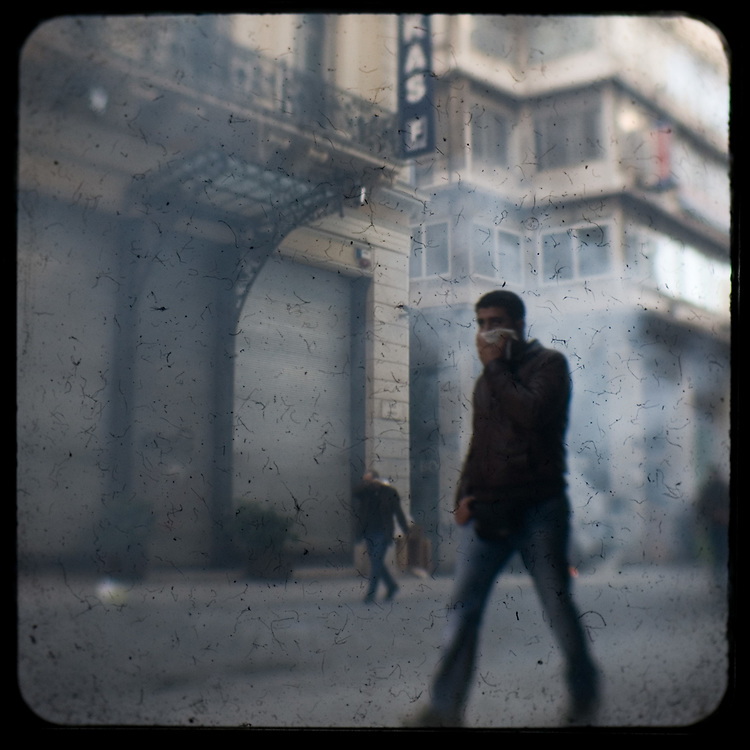