The smashed window of Goody’s fast food restaurant in Athens. 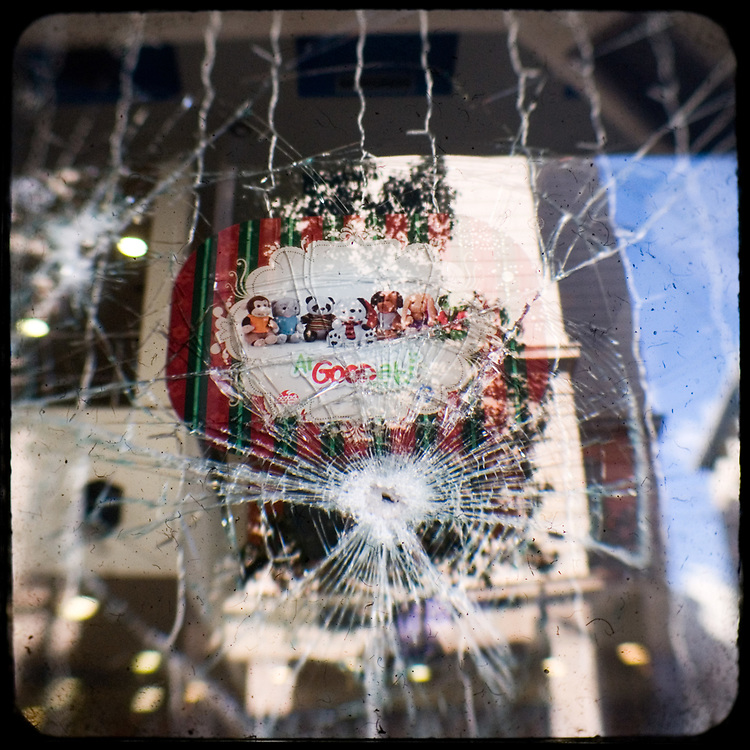