The smashed window of a Bershka shop on Ermou Street. 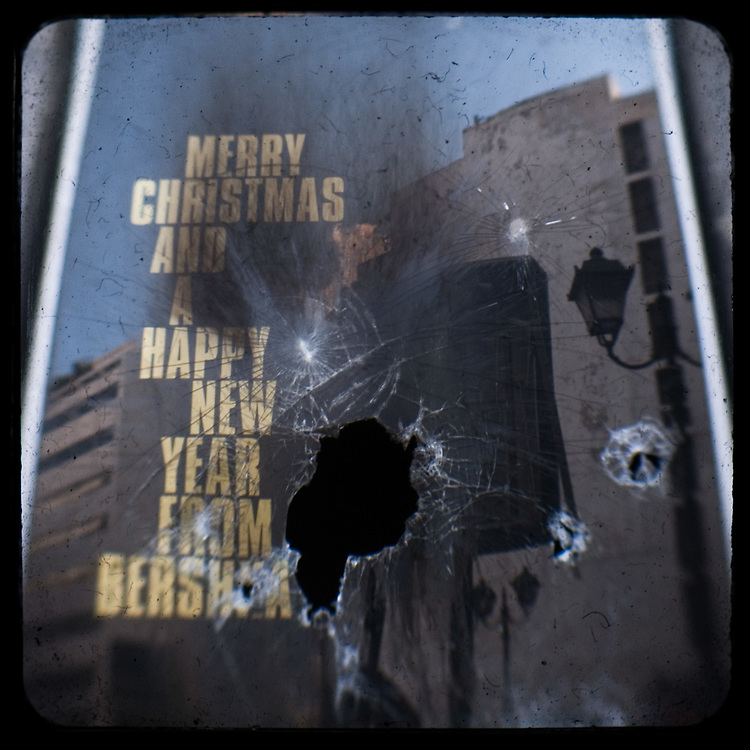