The noticeboard in the First Reception Centre (Hot-Spot) of Leros, Greece, advertising, in Arabic and English, the distribution of hygiene kits. 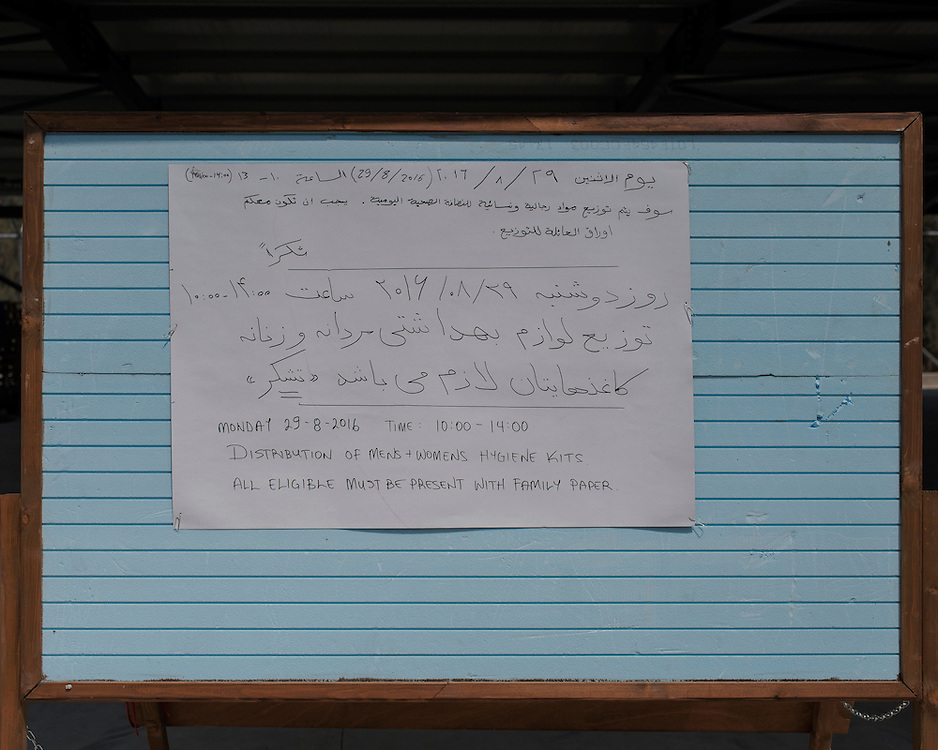