Rioting in front of King George hotel in Syntagma Athens. 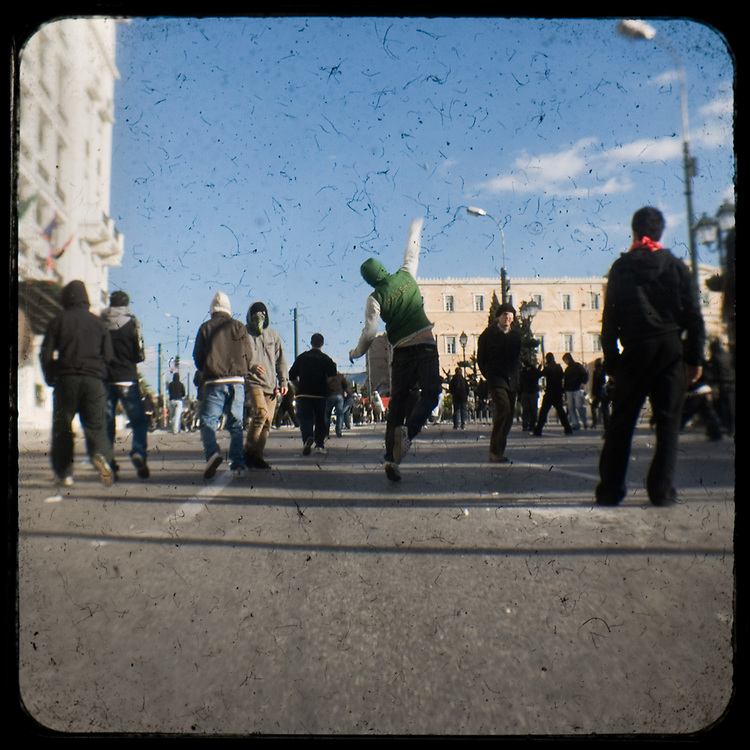