A smashed shop front of a looted shoes shop in Kolokotraoni street, Athens. 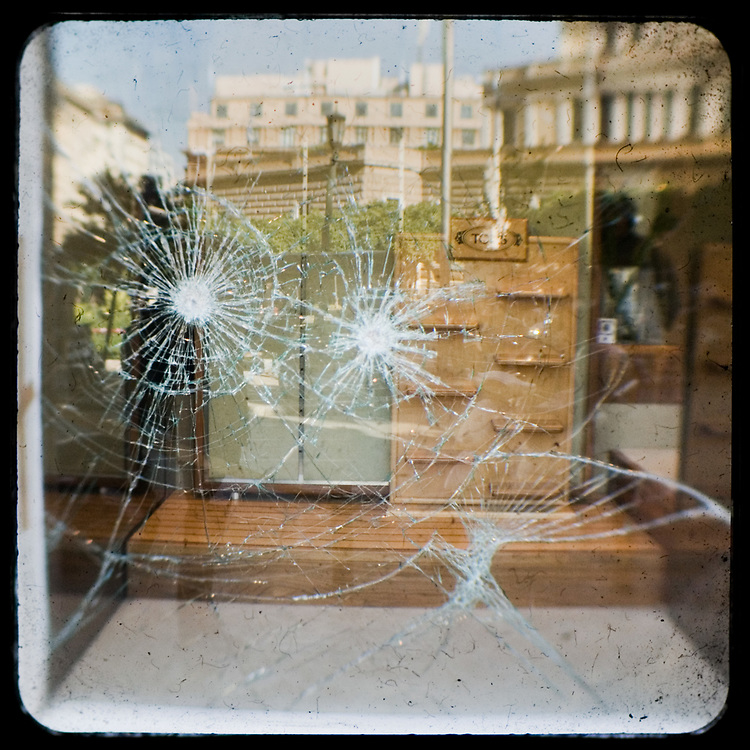