Riot Police pushing back the protesting teenagers to Syntagma square 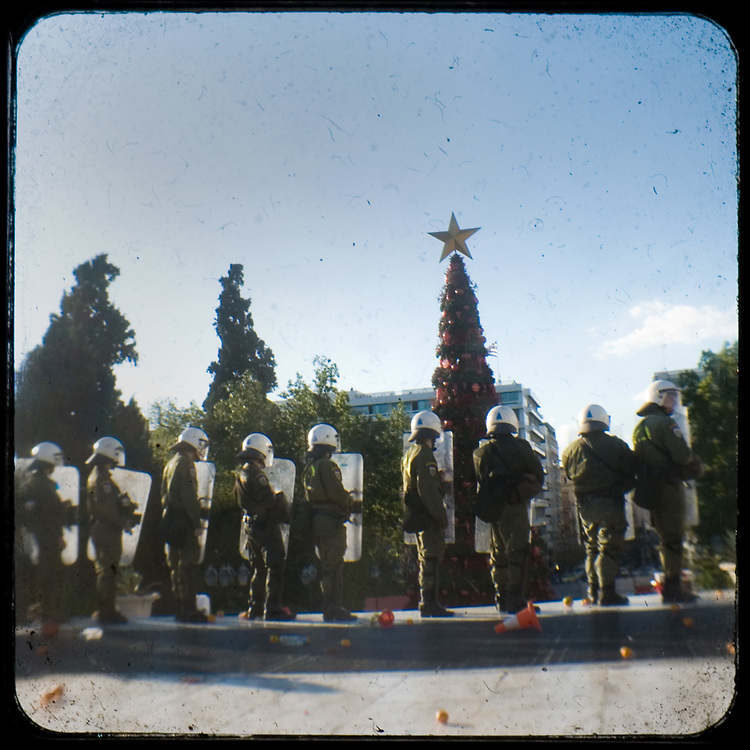