Teenagers confronting riot police in front of the Greek parliament. 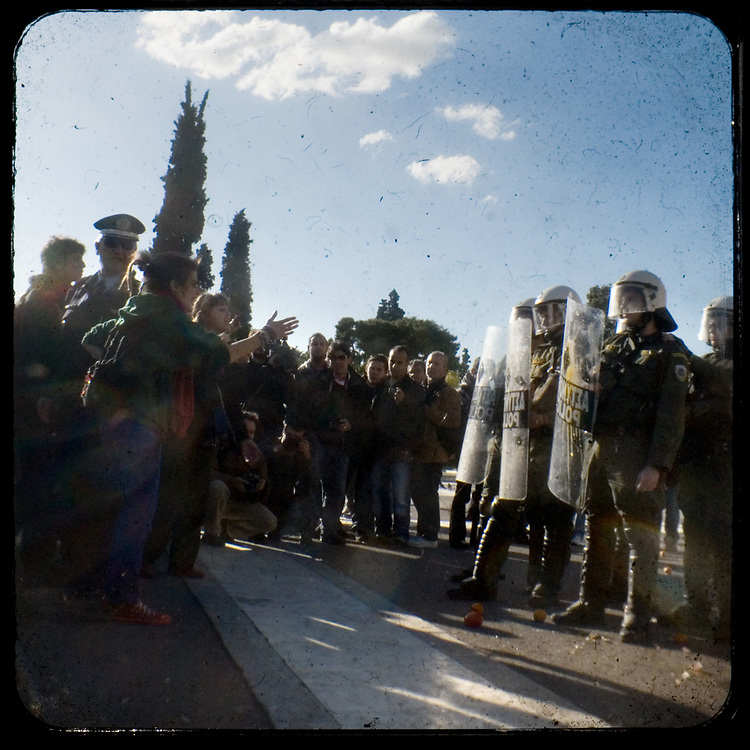