A burned out building on Ermou Street. 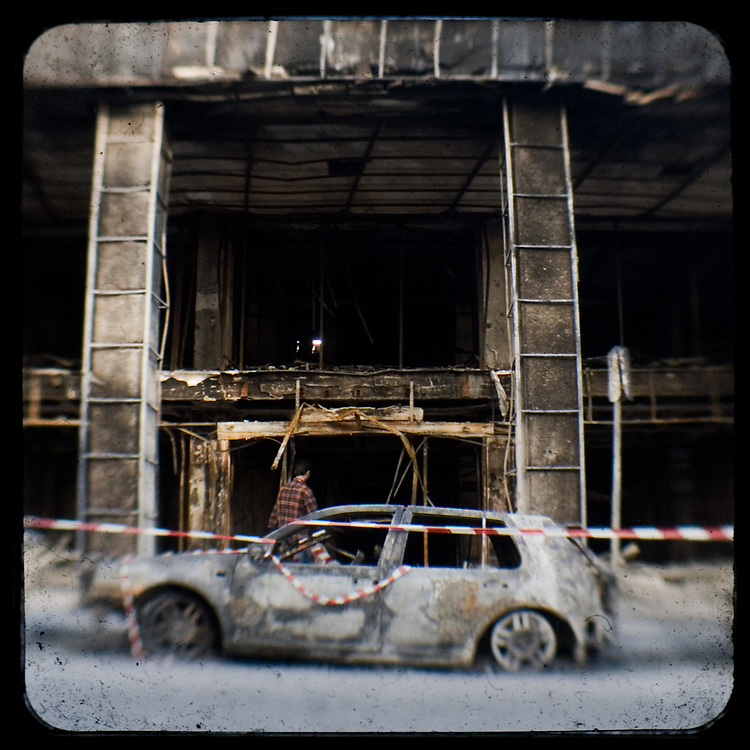