A man passing by a smashed shop front on Ermou Street. 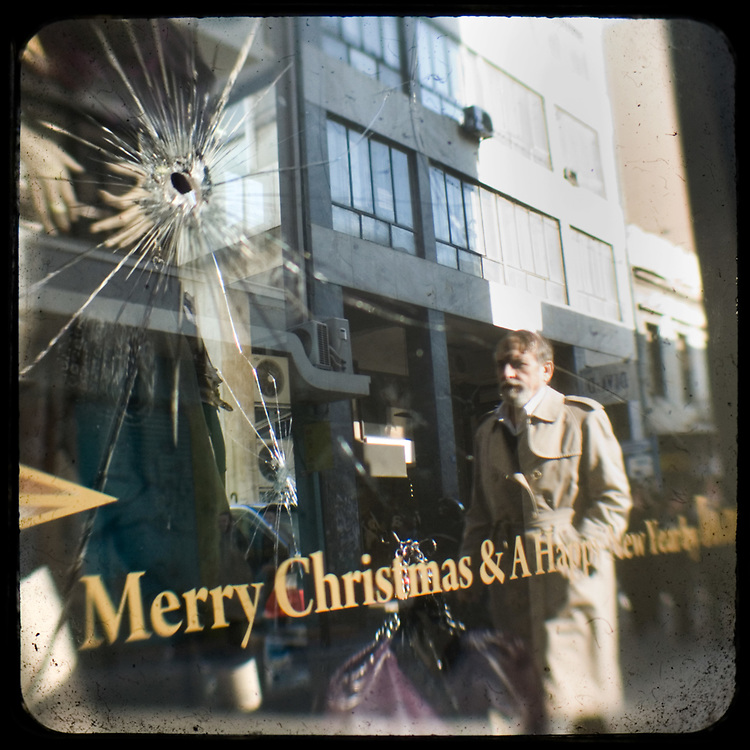