Riot police pushing protestors away from the Greek parliament in Syntagma square, Athens. 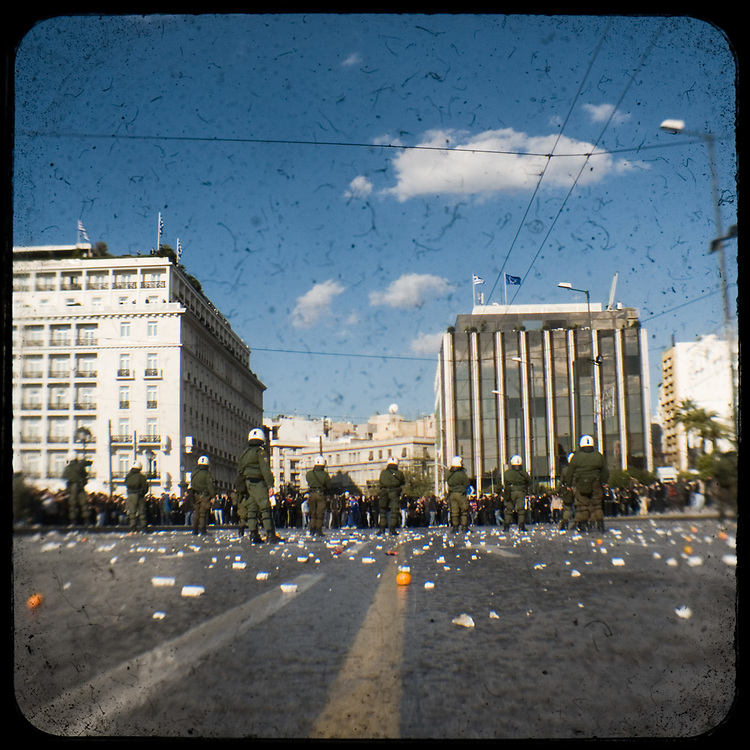