Afternoon, Wednesday 16th of September 2015. Zinkenwirt Gmerk, Berchtesgaden, Bavaria. Aysha and her daughters are now in Germany. The landscape remind me of the movie “The Sound of Music” They walked few meters to a bus station where they were planning to take the bus to the nearest train station and fro there to continue to Munich. Few minutes after this picture was taken a van of the Bavarian State Police came and pic them up. They were taken to a refugee first welcome centre where I would meet them few hours later. Then we took the train to Munich where the were taken to the refugee centre. I wouldn’t meet them for 5 months. 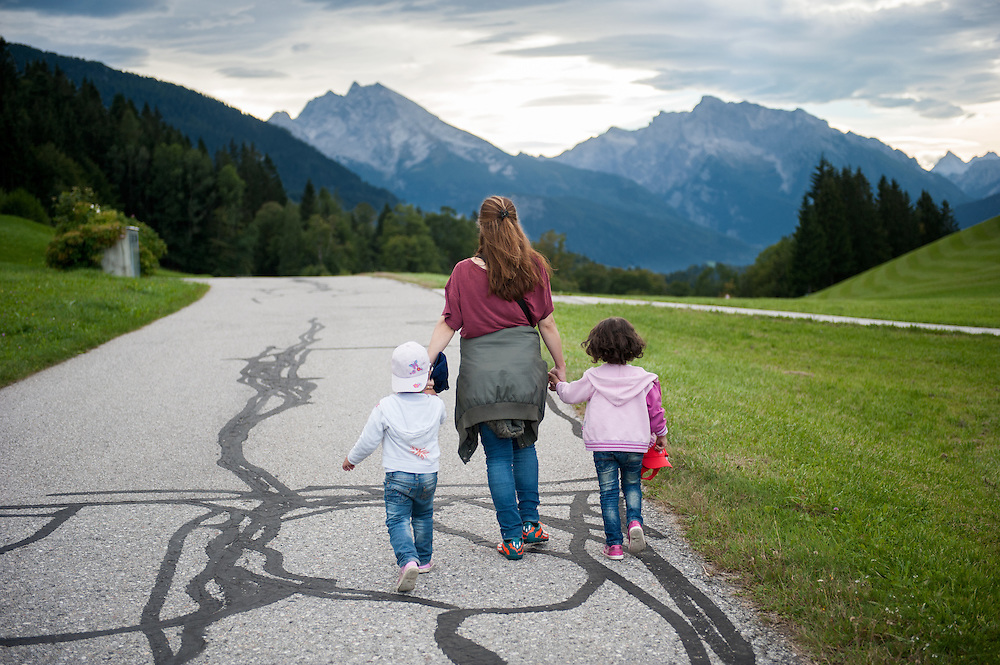