A woman clears up after rioters damaged a shop selling glases on Akadimias street. 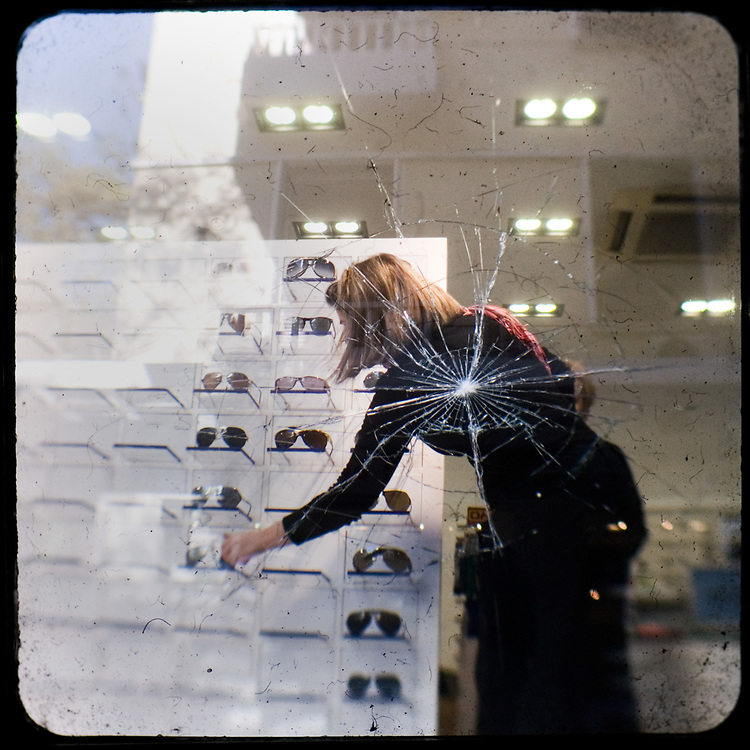