A broken shop in Alexandras avenue, Athens. The graffiti writes: “Burn the parliament” 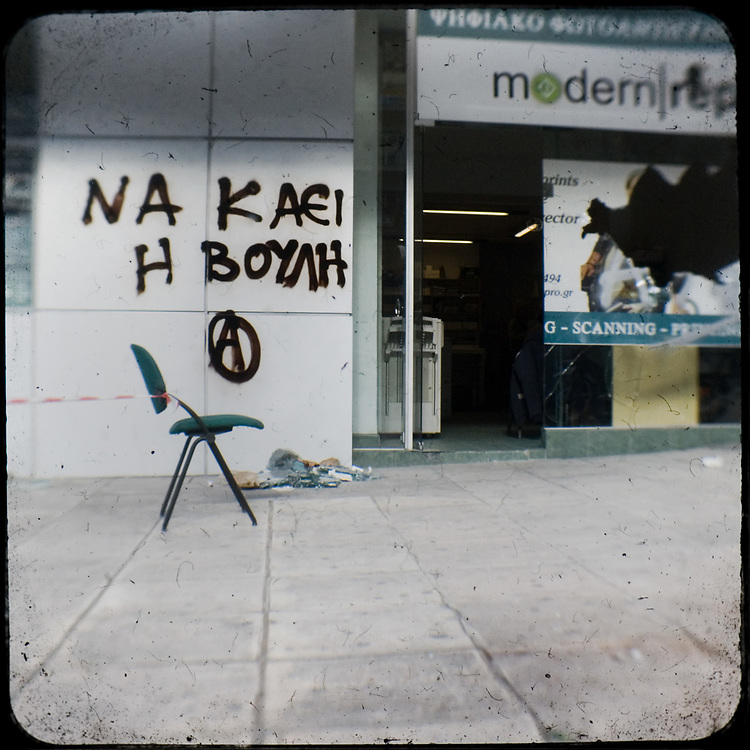