A man talking to a riot policeman in front of the Greek parliament. 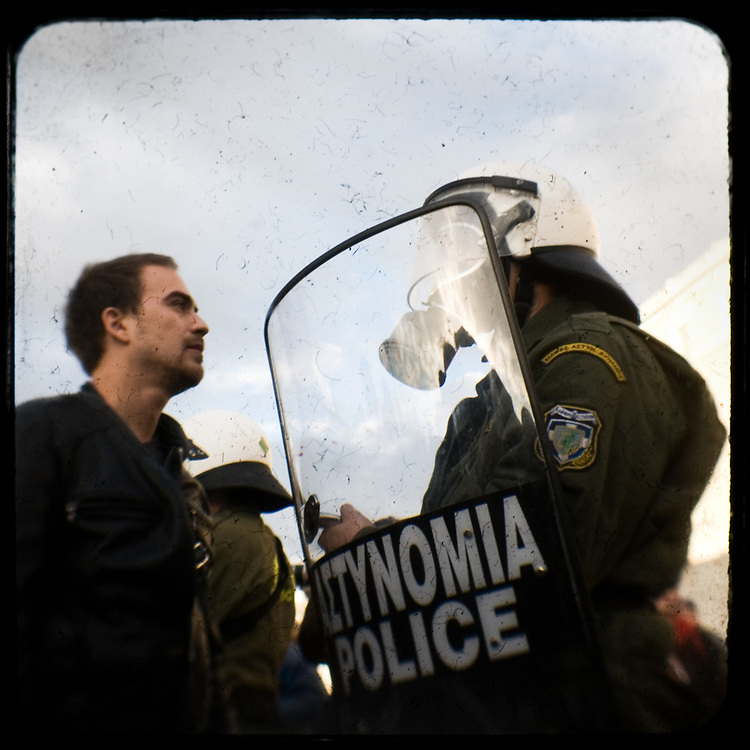