Shattered glass on a shop front on Panepistimiou Street. 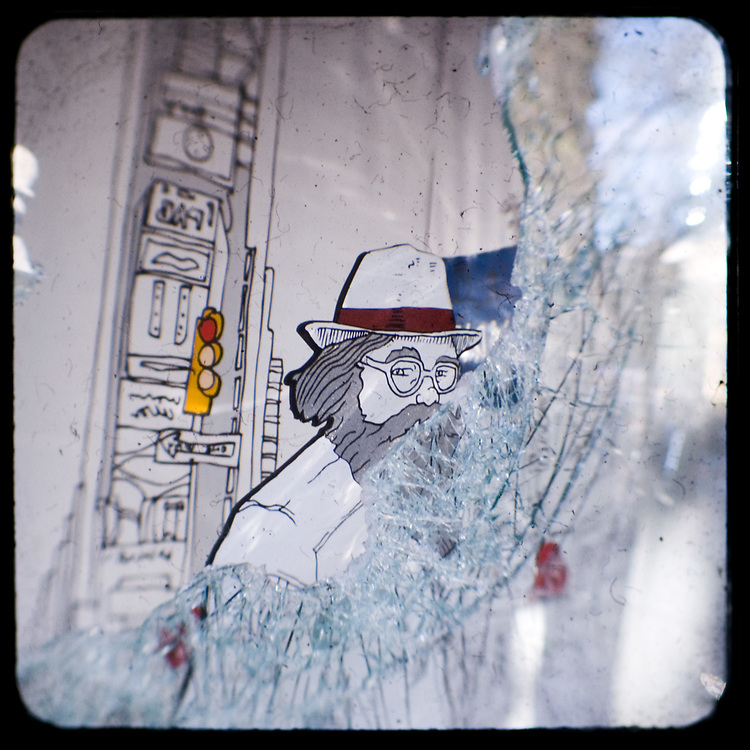