A street in Exharhia neighbourhood near the Athens Polytechnic the day after the big riot of the 7 of December 2008. 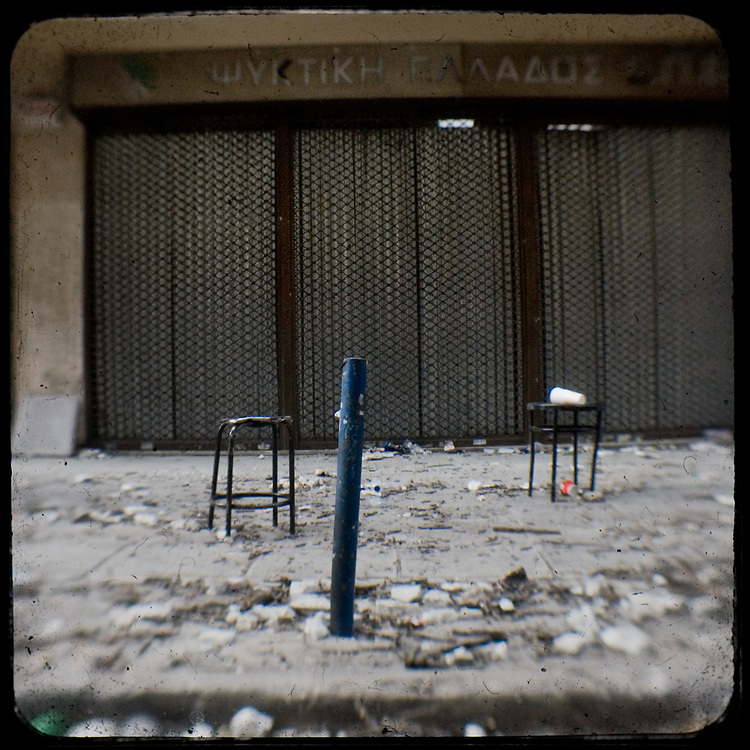