Theologos, Health centre. I asked three men about this building. The first one told me that the Italians built it as a hospital, after the war the secret police used it as an interrogation place, many people were tortured there. The second one told me that it was built as a school by a rich Greek from Egypt in the 1930’s. During the Italian occupation the fascists were torturing the Partizans there.
The third man told me that it was built by Enver Hoxha and it served always as a health centre. 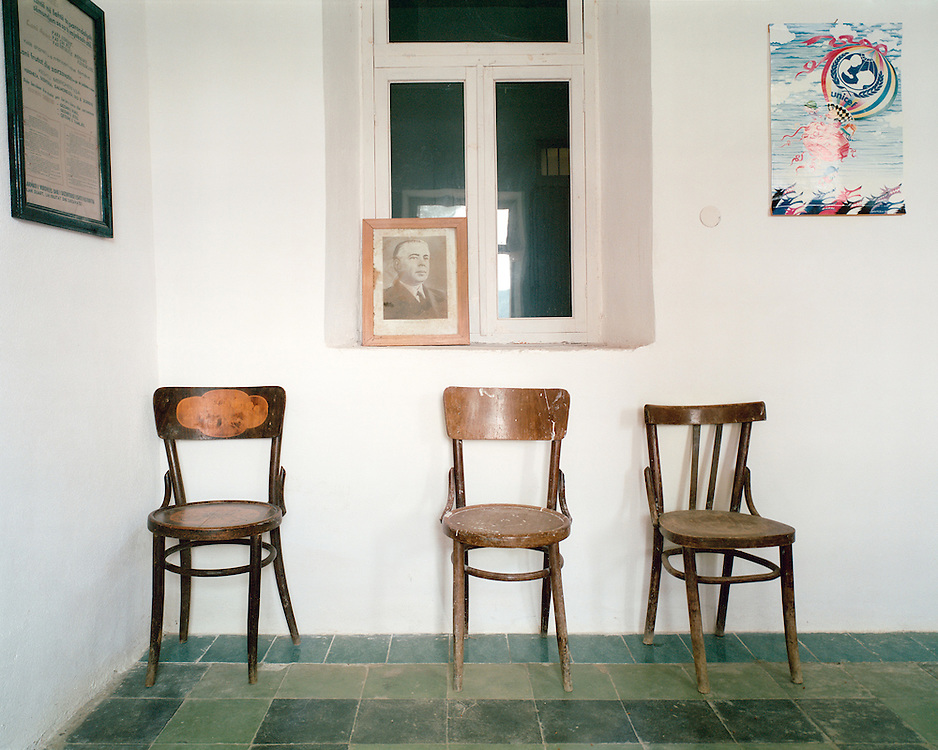