The shattered windows of Eurobank in Syntagma square. 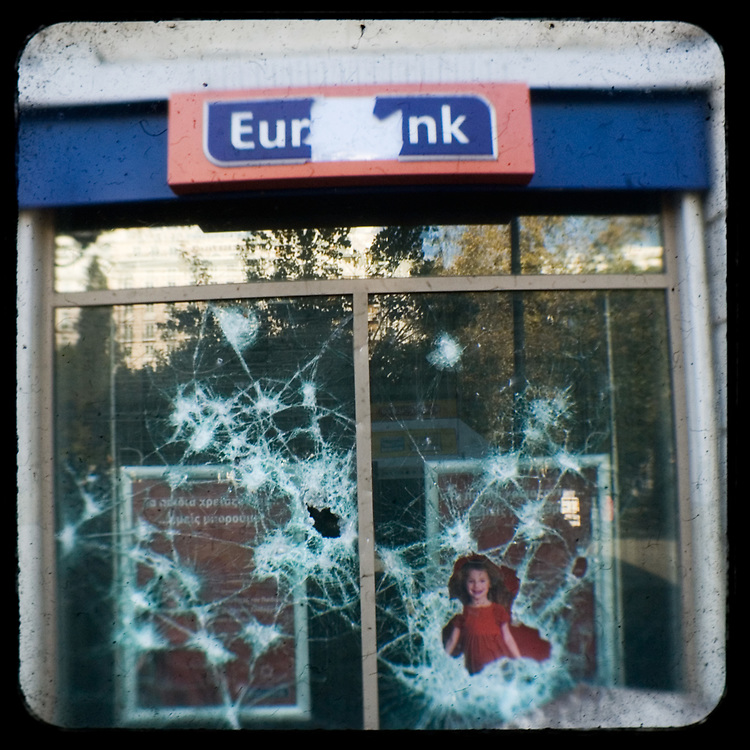