Yazidi refugees Hazim Elias Khadeda 22 and his sister Leena Elias Khadeda 16 photographed in front of the abandoned building of the Royal Technical School of Leros.

This building was built in the 1930 by Fascist Italy as barack for the submarine crews stationed in the island. After WWII it was turned into a a reeducation camp for the children of Greek Communists and into a technical school. From the mid 1950’s until 1967 it was a technical school with boarding facilities. During the Colonel’s Junta in Greece it was turned into a camp for members of the communist party. After the Junta it was abandoned and now it’s about to collapse. 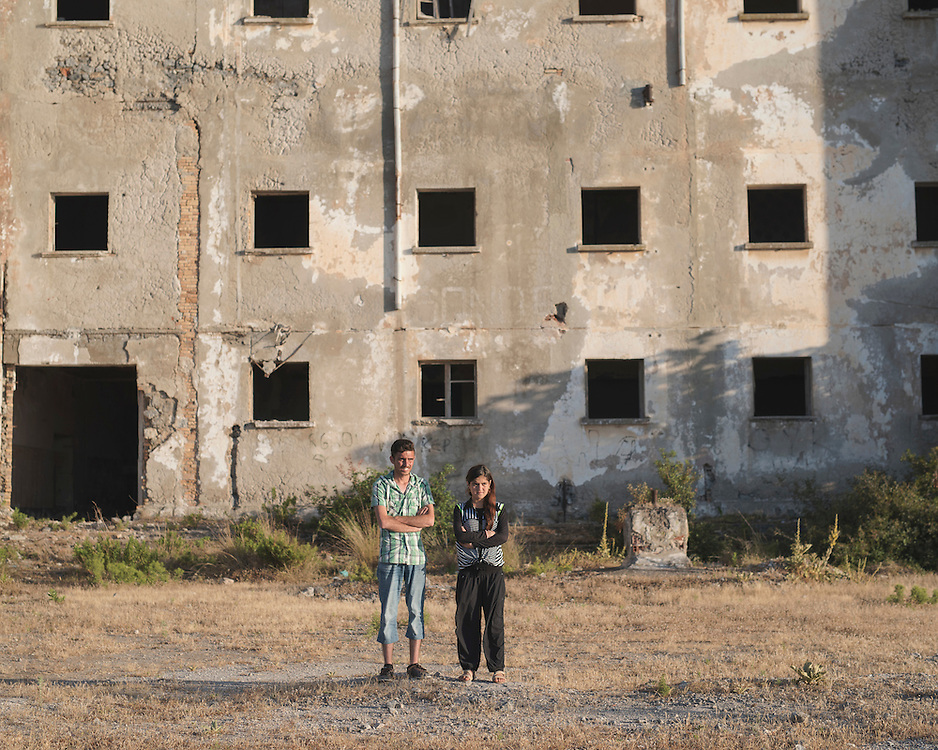