The greek parliament after a riot during the 2008 Athens riots. 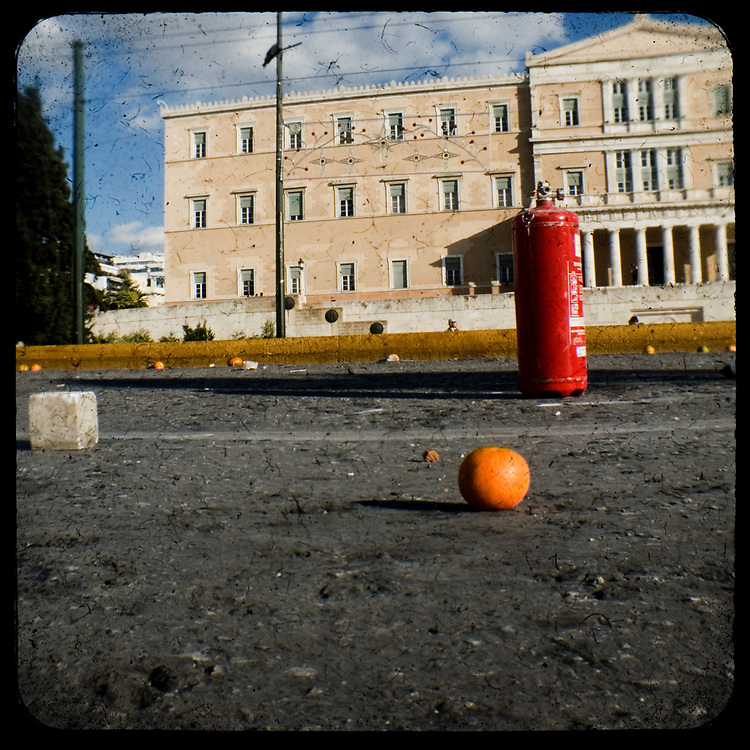