Australian flags mark the spot where thousands of Australians were killed and wounded whilst attempting to capture the old windmill that the German army converted to a fortified machine-gun post. Four Australian divisions fought from the 23rd of July to the 5th of September 1916. The Battle of ‪Pozières‬ was a two week struggle (23 July – 7 August 1916) by British and Australian divisions for the capture of the village of Pozieres during the 1916 battle of the Somme. 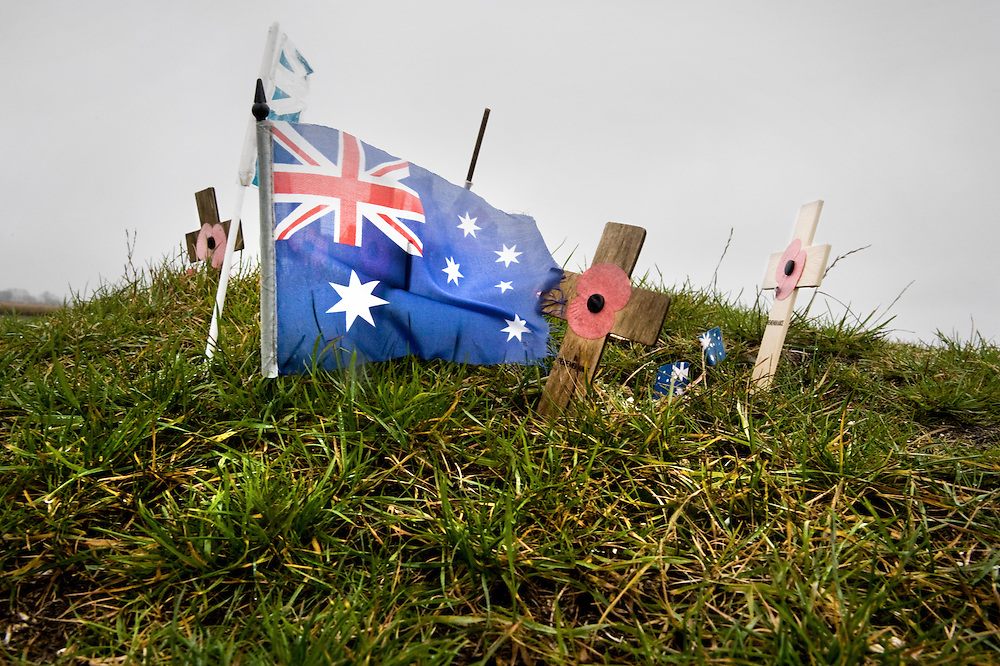