Refugees Diar, 13, Rebas, 9, Youssef, 14, Naswan, 5, and Kosh, 48, sitting in a room in the abandoned Lepida psychiatric hospital in whose grounds the Leros ‘Hot spot’ (an EU-run migrant’s reception centre) has been built. 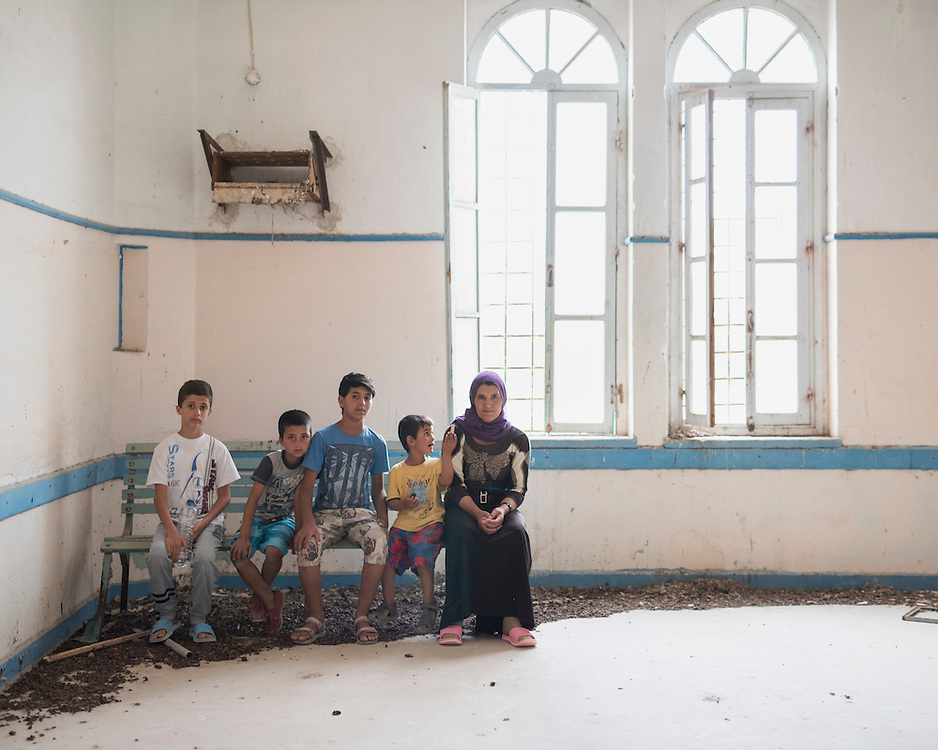