The Pozières British Cemetery & Memorial to the Missing

The Pozières British Cemetery is enclosed by the Pozières Memorial to the Missing. The cemetery contains the original burials of 1916, 1917 and 1918 carried out by fighting units. There are in total 2,760 Commonwealth servicemen buried here. The memorial commemorates over 14,000 casualties of the British Army that died on the Somme at the time of the German "Spring Offensive" between March and August 1918 and have no known grave. The cemetery and memorial were designed by William Harrison Cowlishaw and it was unveiled in August 1930 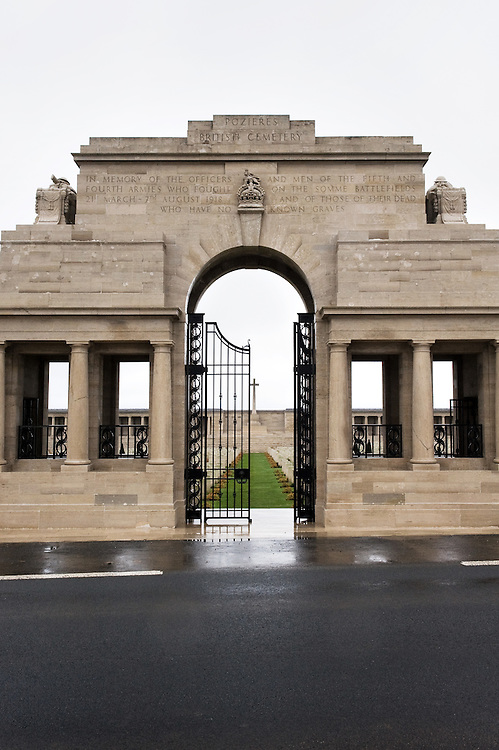