Flowers outside the closed shop of the mother of Alexandros Grigoropoulos. 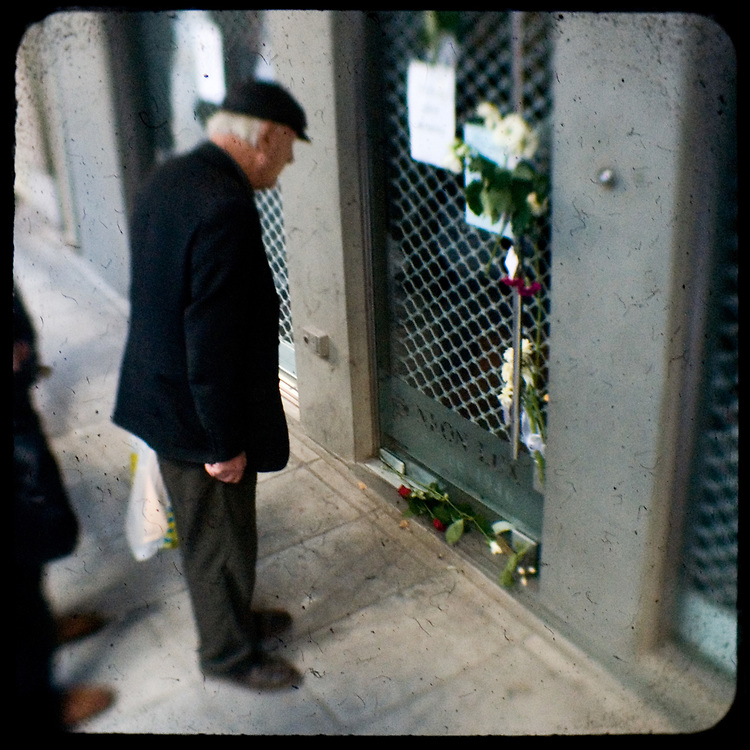