The burned out remains of 'Sprider', a shop on Ermou Street. 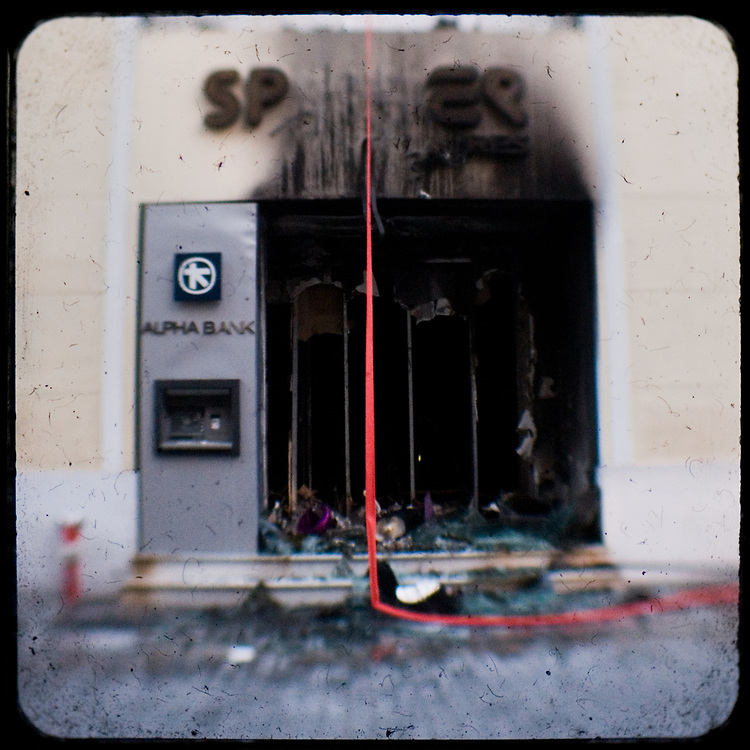