A firefighter walks in the deserted Ermou street at the centre of Athens. 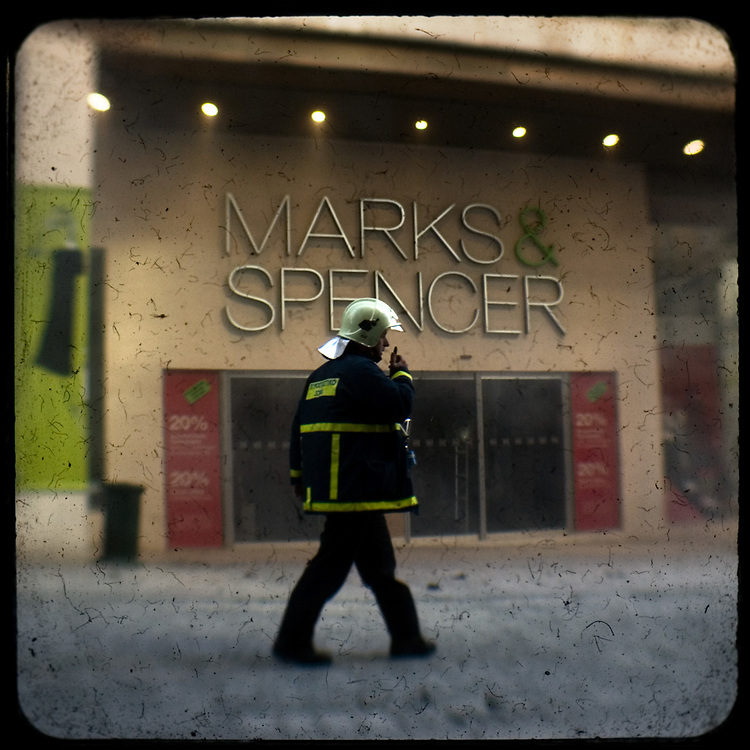