The First Reception Centre (Hot-Spot) of Leros, seen through a window the former Psychiatric Hospital. There are around 600 people living there. Since the July riots the camp has been split into different zones for the different ethnicities. 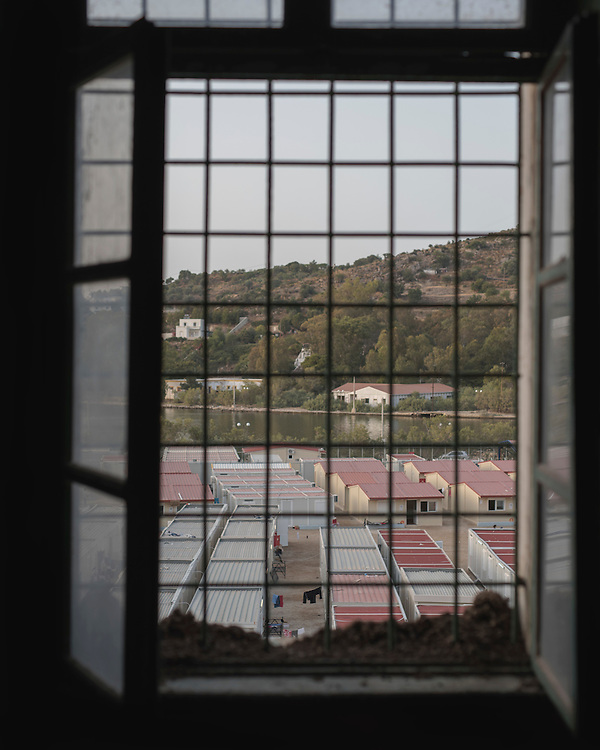