Early morning, Tuesday 15th of September 2015. The Hungarian train stopped at the station of Hegyeshalom at 3:25 in the morning. A policeman wake up Aysha and told her to move out of the train. There was police everywhere in the station. It was foggy and the lights were dim. The refugees start waking silently through the streets of the small village. At every crossroad there was a policeman to show them the way and make sure that none will stay in Hungary. At the end of the village a policeman showed them a dark bicycle route to Austria. Aysha was walking for more that an hour in the darkness until she saw the lights in the Austrian border. 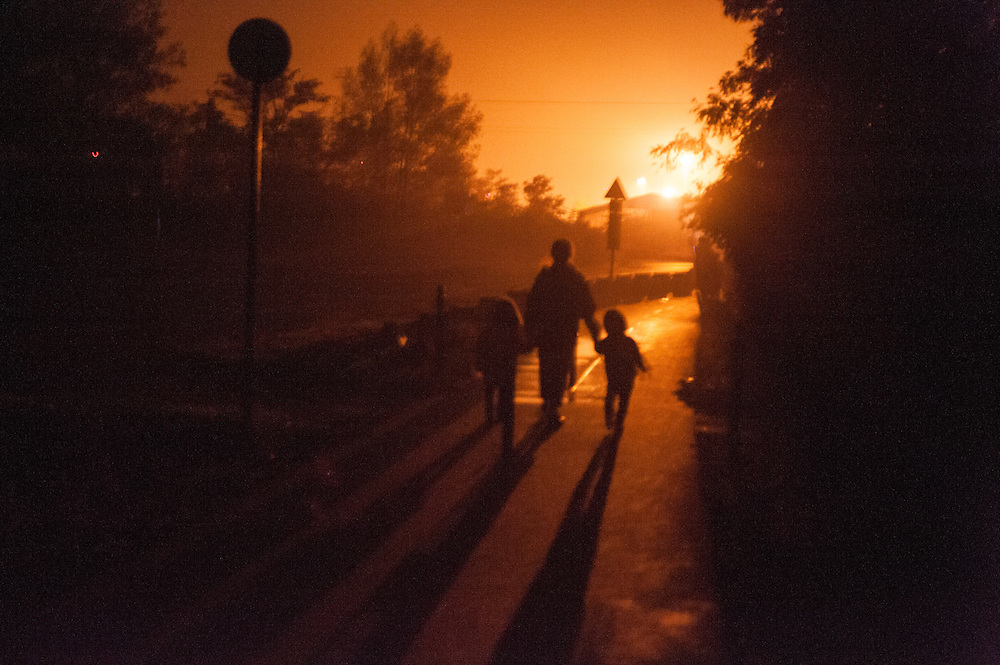