A diamond shaped painting on the wall, from the time when the building was used as a psychiatric clinic, at a now-closed refugee camp at the port of Lakki.

The camp was opened by volunteers in the summer of 2015 and later that year UNHCR and MSF expanded it and provided additional tents, toilets and other facilities. The camp was closed soon after the opening of a 'Hotspot' (EU-run migrant's reception centres) camp in Lepida in February 2016. 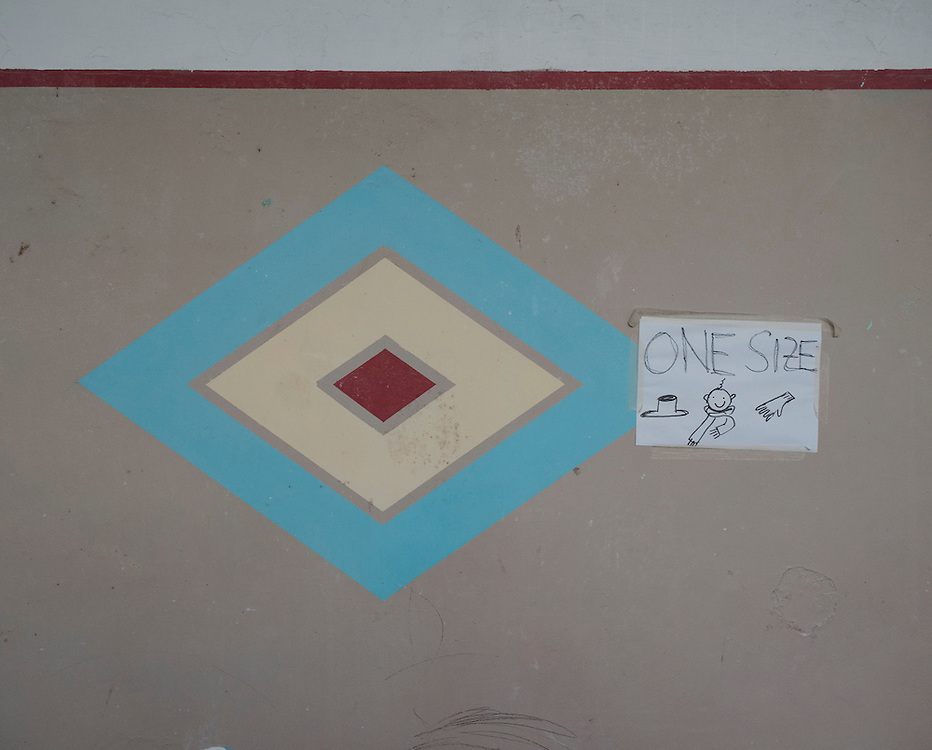