A teenage girl confronting the riot police that protects the Greek parliament. 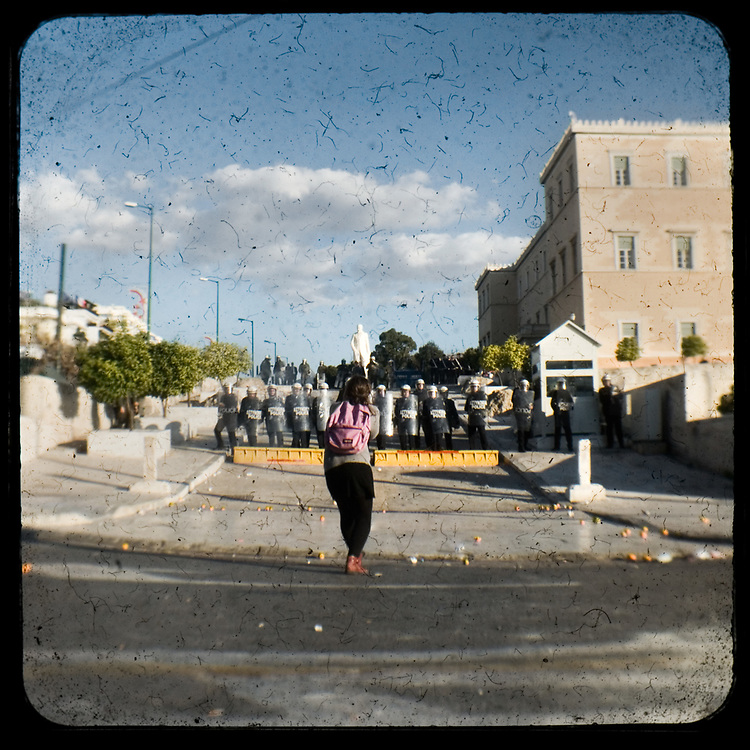