A burned Christmas tree in front of the Greek parliament in Syntagma Square. 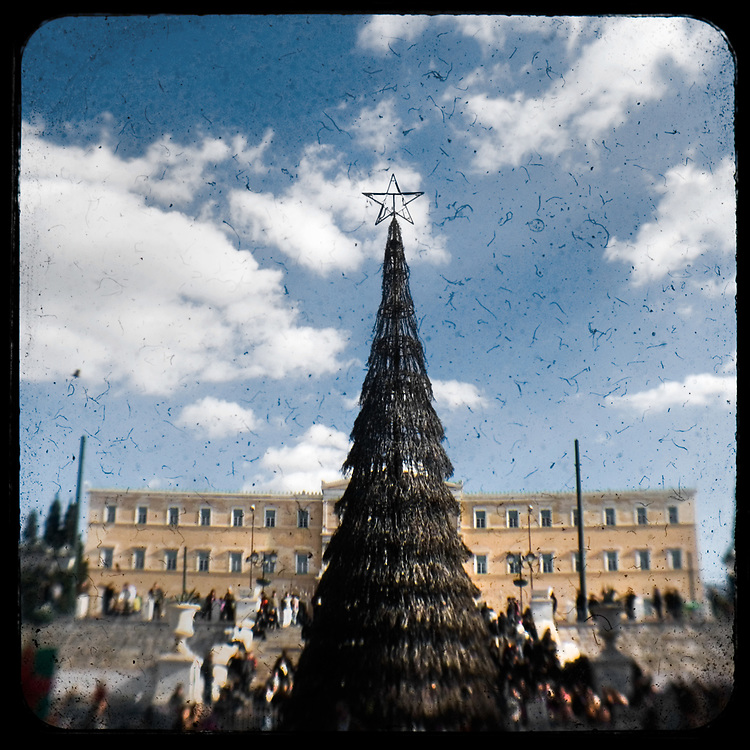