A smashed window in the McDonald's restaurant on Syntagma Square. 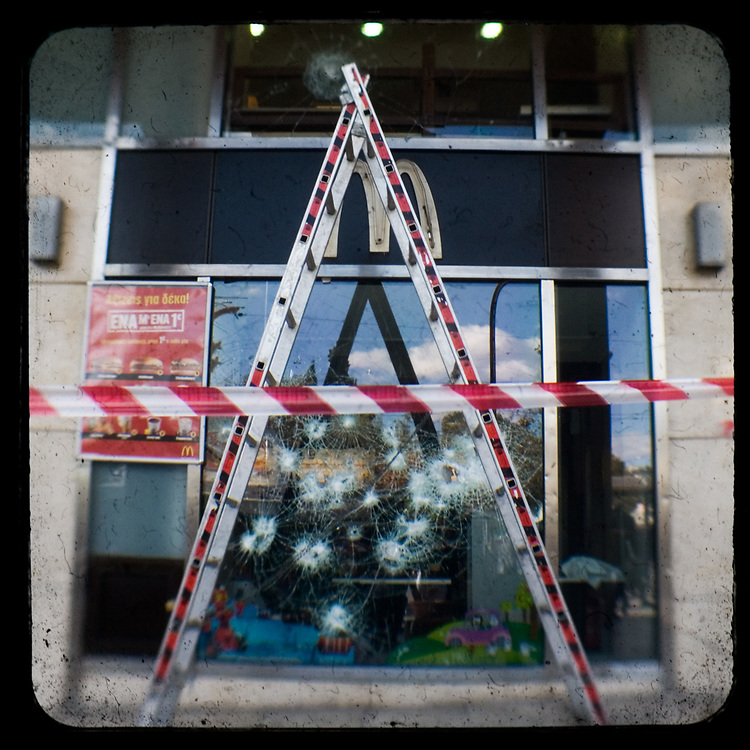