Noon, Sunday 13th of September 2015. Sham and Bisan sleep on Aysha’s lap. They are on a special train just for refugees and immigrants from Gevgelija to Slanishte , across the Republic of North Macedonia. The train was packed,when Aysha got in. All the seats of the car were taken by young men from Iraq and Afghanistan. Aysha was displeased but she didn’t protest. Somebody from the train said to a man to give his seat for Aysha, he did so reluctantly. There was no toilet on the train and no one had any idea were it goes or how long the journey will be. 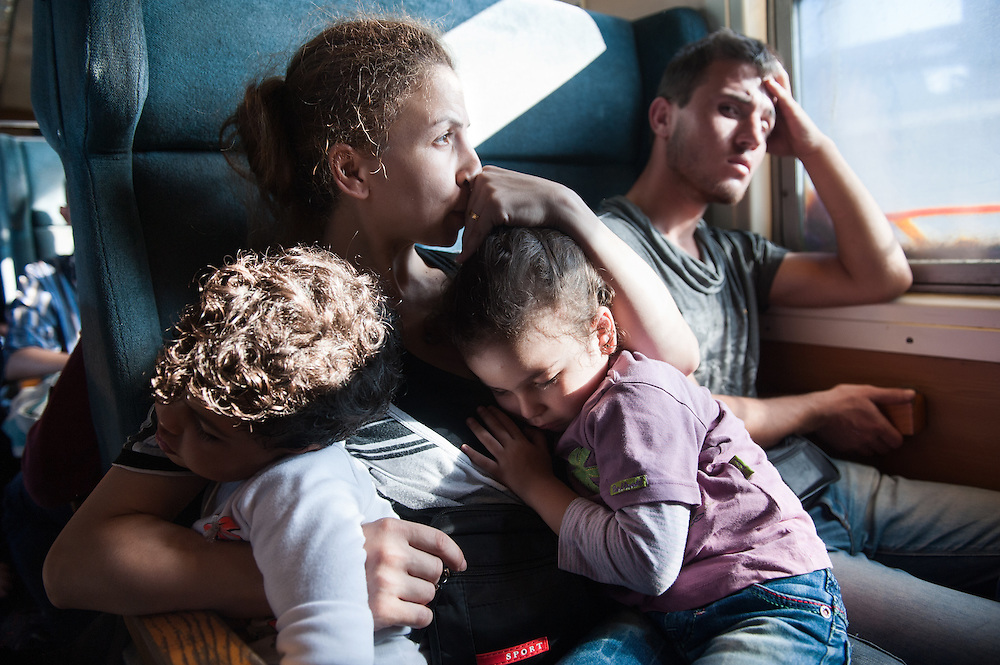