Afternoon of Sunday 13 September 2015. Aysha and her two daughters Sham (L) and Bisan (R) waiting at the regional bus station of Polykastro in Kilkis to board a bus that will take them to their final destination in Greece, the village of Idomeni by the border. The station master told me that since the refugees and migrants started using the Balkan route their bus company which was at the brink of bankruptcy became profitable again. 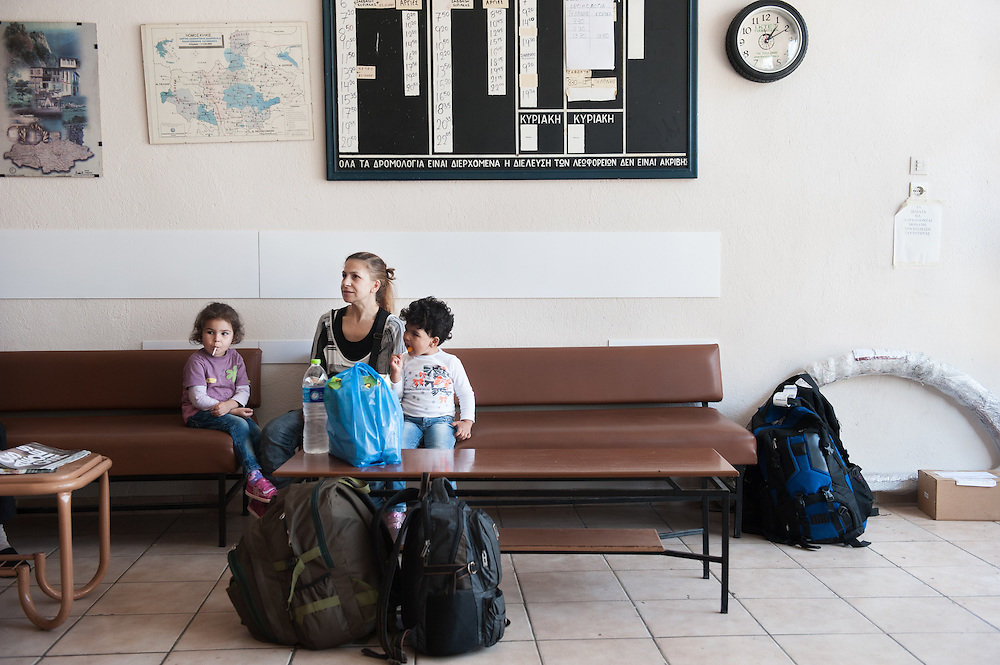